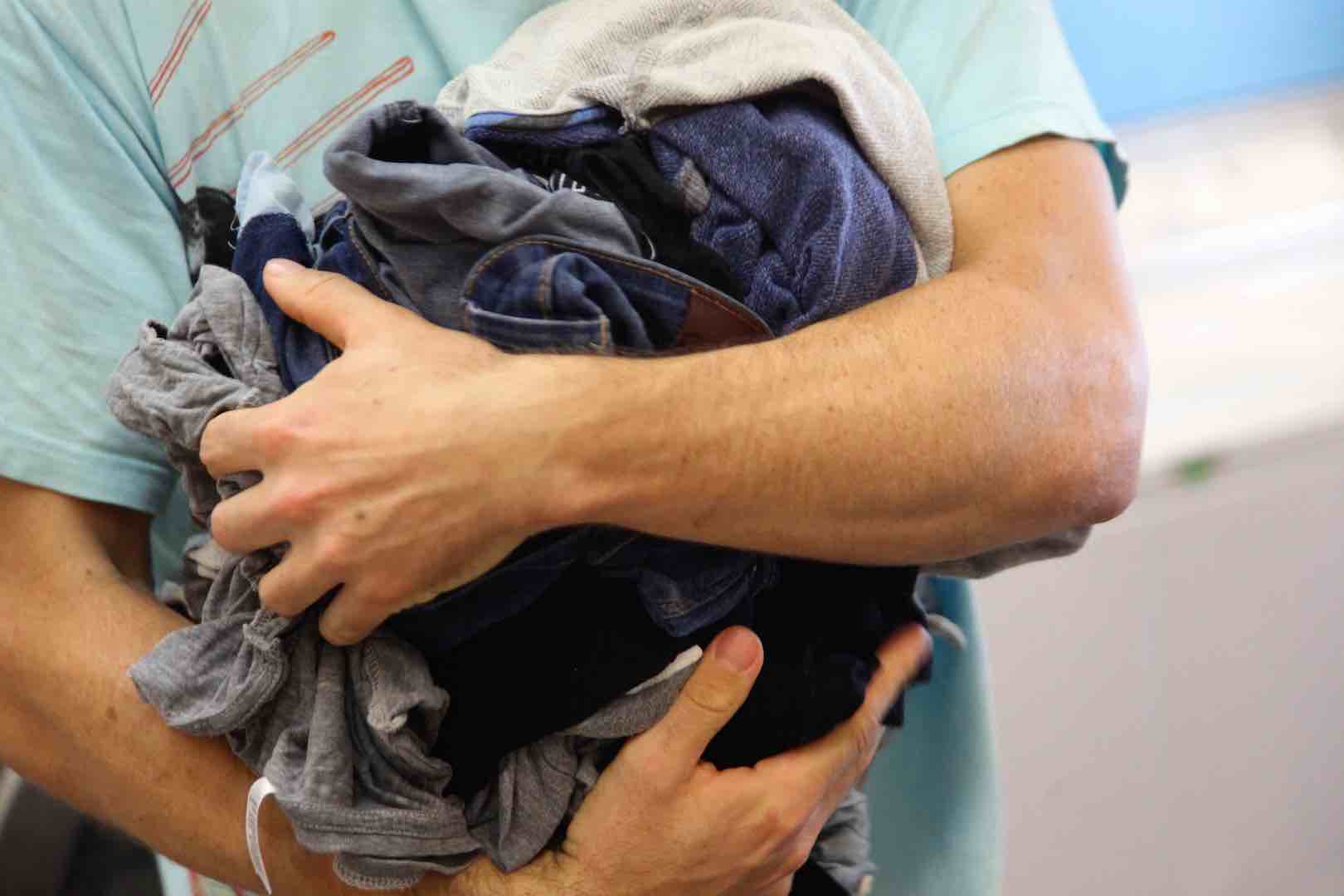 Walking to the Laundromat in Paris

In 2017 I presented a paper as part of a panel titled “Walking Methodologies in the more-than-human world” at the New Materialisms conference in Paris. Following this and research done by co-collaborators is this published paper.

Walking to the Laundromat consists of a 106-minute audio track that participants listen to while doing their laundry at a public laundromat, interspersed with walks around the neighbourhood in between cycles. The audio track parodies the form of a ‘selfhelp’ audio book. It is produced as a binaural sound file. Participants are greeted by a voice that instructs them about the particulars of their walks and washing. Intersected with this masterful and controlled voice are sounds that emerge as part of neoliberal life, including a 1950s laundry detergent commercial, new-age mindfulness music, and well-being affirmations. Another layer intersperses intensive matterings about capital, money laundering, and affective labour – particularly the gendered and domestic/ service labour performed by those who clean, wash, and perform care in underpaid domestic or service jobs, and who are often subjected to violence.